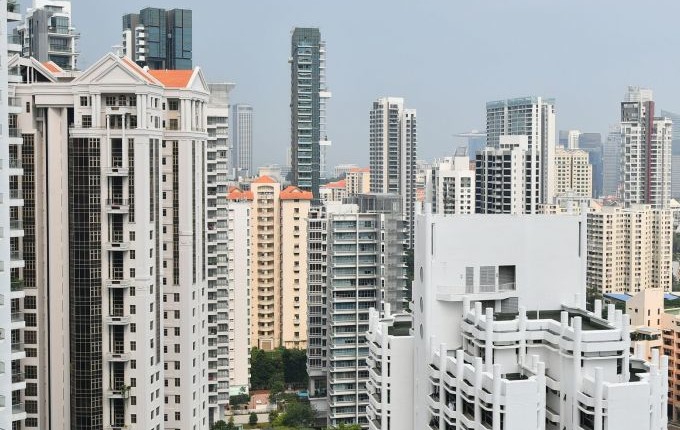 PRICES of completed private apartments and condominiums in Singapore inched up 0.2 per cent in May from the previous month, continuing its advance after an upwardly revised 0.3 per cent increase in April.

The figures are flash estimates released on Friday by the National University of Singapore (NUS) for its Singapore Residential Price Index (SRPI), which tracks prices of completed non-landed private homes.

The rise was due to a 0.4 per cent increase in prices for both apartments in the central region (excluding small units) and shoebox units.

The rise for both categories follows a 1.5 per cent jump in the central region in April, and a 0.3 per cent price decline for shoebox units, which are defined as no bigger than 506 square feet.

Prices of apartments outside the central region, excluding small units, were flat in May, after a 0.4 per cent fall in April.

Year to date, overall prices are down by 0.1 per cent. Prices of larger apartments in the central region remained the same, while prices in the non-central region are 0.2 per cent lower. Prices of shoebox units dropped the furthest, seeing a 1 per cent fall.

Overall prices last month are 0.7 per cent lower than a year ago, with prices of larger apartments in the central region down 1.2 per cent and prices in the non-central region dipping 0.3 per cent. Prices of small apartments rounded out the lower prices with a 1 per cent drop.

The NUS Institute of Real Estate Studies, which developed the SRPI series, defines the central region as Districts 1 to 4 (including the financial district and Sentosa Cove) and the traditional prime residential districts as 9, 10 and 11.

New Funan mall secures 95% take-up ahead of Friday opening. Over 60% of the more than 190 brands housed in Funan mall originate from Singapore, says CapitaLand