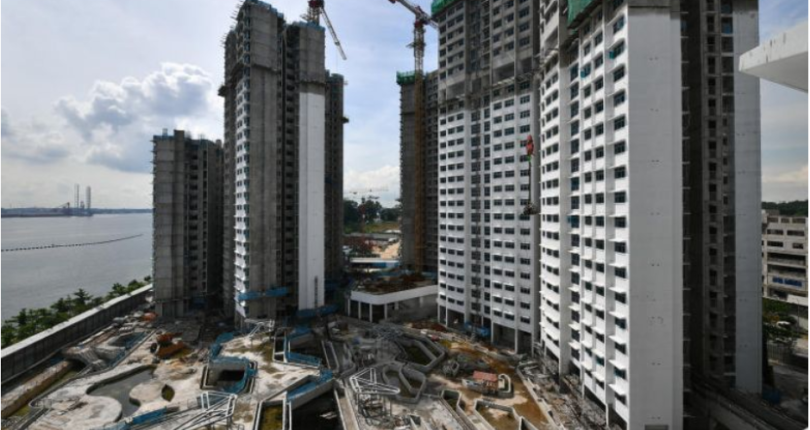 From next Tuesday, home buyers can book a Housing Board flat the day after they apply for one.

On offer are 123 flats under the enhanced Re-Offer of Balance Flats exercise, which makes selected unsold flats from previous sales exercises available for booking at any time.

These unsold Build-to-Order flats were previously available only during semi-annual sales exercises.

Of the 123 flats, 105 are in mature towns such as Ang Mo Kio, Bukit Merah and Toa Payoh, and 18 are in non-mature estates like Bukit Batok and Jurong West, the HDB said yesterday.

However, some of the flats have ethnic restrictions: Chinese are eligible to apply for only 26 of the flats, while Malays can book 115 and Indians and other races, 119.

Size may also be an issue. Almost half of the flats – 57 of them – are three-roomers, while 17 are 3Gen flats which require parents to live with their married children under one roof.

The flat of choice for most first-time home buyers is a four-roomer, of which there are 23. There are also three two-room flexi flats, three executive flats and 20 five-roomers.

First announced in February, the expanded scheme is part of the HDB’s efforts to make flats more accessible to potential home owners.

The new scheme means would-be buyers can view the online listing of these flats any time, submit an online application and select a unit as early as the next working day.

It also means they are likely to be able to move into their flats earlier.

Under these schemes, which are still available, aspiring home owners would also have to wait till applications close before finding out if they are successful.

Details of the ROF flats available for open booking are on the HDB’s website.

A fresh supply of ROF flats will be made available for open booking twice a year, in February and in August.

HDB will suspend online applications for about two weeks prior to each injection of new flats, so that buyers can consider if they want to opt for these new units.

The agency will publish dates for the next injection and when online applications will resume.

Since the ROF’s launch in August 2017, about 3,000 families have booked a home under the exercise. Nearly two-thirds of these households have collected the keys to their flats.

In total, there are now four sales modes: the Build-to-Order exercise, Sale of Balance Flats, Re-Offer of Balance Flats (ROF) and the latest, the enhanced ROF on a rolling basis.

Human resource assistant Janelle Tan, 27, said the expanded scheme is useful for home-seekers like her and her fiance.

The couple are getting married in August but have yet to find their dream home.

“It would be amazing if we get the flats in Bukit Merah or Clementi, as they are near where my parents live, but I am not very hopeful as there are very few flats that Chinese can apply for,” she said.