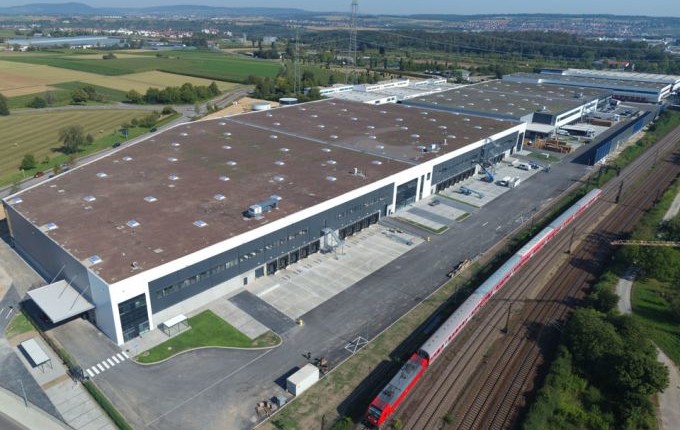 FRASERS Logistics & Industrial Trust (FLT) is planning to acquire 12 freehold logistics properties – nine in Germany and three in Australia – from its sponsor Frasers Property for A$644.7 million (S$612.5 million).

The manager is targeting to complete the acquisition by the end of August, subject to, among other things, approval from unitholders of FLT.

For illustrative purposes, FLT’s distribution per unit is expected to increase to about 3.58 Singapore cents post-acquisition and after the completion of its three earlier announced divestments in Australia, from the 3.54 cents as at March 31.

FLT announced in the second quarter that it is selling two properties in Victoria, Australia and a 50 per cent stake in a Queensland property.

About A$157 million in net proceeds from these three divestments would be used to reduce FLT’s borrowings, the Reit manager’s chief financial officer Susanna Cher said during a media briefing on Wednesday.

In the proposed acquisition, the agreed property price of A$644.7 million comprises 320.3 million euros (S$493.3 million) for the nine German properties and A$125.5 million for the three Australian properties.

This works out to around A$507.2 million in aggregate consideration, taking into account the interests that FLT will be acquiring in the German properties’ holding companies, adjusted for the net assets and liabilities of these holding companies and the amount of inter-company loans to be assigned to FLT at the deal’s close.

FLT will take on 73.7 million euros in existing debt from the holding companies of the German assets.

The 12 freehold properties have a total gross lettable area of 297,000 square metres, with 100 per cent occupancy and a weighted average lease expiry (WALE) of 8.6 years as at March 31.

They are located within major logistics hubs. Tenants include multinational corporations and public-listed firms such as Hermes, Bosch, and Kentner. All the leases have consumer price index-linked indexation or fixed escalations.

The proposed acquisition will strengthen FLT through geographical diversification, higher proportion of freehold properties, reduced tenant concentration and a longer WALE of 6.7 years, up from 6.5 years as at March 31, said Robert Wallace, chief executive officer of the Reit manager.

The manager will finance the acquisition with a mix of equity and borrowings.

Regarding the Monetary Authority of Singapore’s proposal to raise the 45 per cent leverage limit for Reits, Mr Wallace said such a move is unlikely to affect FLT.

“Our comfort zone for FLT’s gearing is in the 30s (per cent), so we probably will not venture beyond that even if the limit is increased to 50 per cent,” he told The Business Times.

Meanwhile, Frasers Property said on Wednesday that its divestment of the 12 properties is in line with its strategy to recycle capital. The divestment is not expected to have a material effect on its net tangible assets per share and earnings per share for the current financial year.

Frasers Property is a controlling unitholder of FLT, holding 21.2 per cent of FLT units as at July 3, and also wholly owns the Reit manager.

FLT units ended trading at S$1.23 on Wednesday, up one cent. Shares of Frasers Property also rose by one cent to S$1.87.