How much additional revenue can Singapore get from raising e-commerce tax? Senior Tax Consultant Simon Poh examines in TODAY 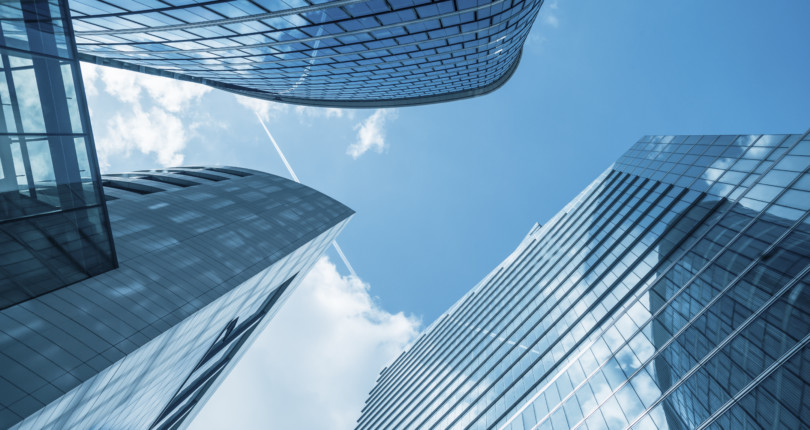 RHT Management Services Senior Tax Consultant Simon Poh was quoted in TODAY article titled, “How much additional revenue can S’pore get from raising GST and other taxes?”

The article was first published on 23 January 2018.

How much additional revenue can S’pore get from raising GST and other taxes?

SINGAPORE — In the lead-up to Budget 2018, much public discussion has centred on the prospect of higher taxes — so much so that Finance Minister Heng Swee Keat said on Monday (Jan 22) that the Budget is not about taxes or handing out “goodies”.

Nevertheless, with social and healthcare spending expected to continue rising as the Singapore population ages, the Government has to find new sources of revenue to fund ever-growing investments including in public infrastructure.

The Government’s expenditure has more than doubled from S$33 billion in the 2007 financial year to S$71 billion in FY2016. Several national leaders have said it was a matter of time before taxes have to be raised.

Credit Suisse economist Michael Wan predicted that annual government spending will rise by a further 1.7 per cent to 2.8 per cent of gross domestic product (GDP) by 2025, driven by infrastructure projects, higher social expenditure, and measures to transform the economy. If the Government does not raise its revenue, it could run into a deficit of between 0.3 per cent and 1.4 per cent of GDP by that year.

Apart from taxes, the Singapore Government derives its revenue from sources including vehicle quota premiums and returns on investments made by state investment firm Temasek Holdings and sovereign wealth fund GIC.

Experts interviewed by TODAY said they expect a combination of tax hikes to be announced in the Budget next month. TODAY looks at the various tax sources and how much additional revenue could be brought in for the country:

An increase in the GST could bump up the government’s tax revenue the most, compared to other types of tax. Each increase of 1 percentage point would net an additional S$1.5 billion to S$1.8 billion per year, experts estimate.

Experts have said they expect the GST to be raised by 2 percentage points to 9 per cent — translating to additional tax revenue of between S$3 billion to S$3.6 billion a year.

The projected hike should be staggered over time, the experts proposed. “This would hopefully lessen the financial impact to the lower income group in Singapore,” said Mr Richard Mackender, Tax Partner and Indirect Tax Leader at Deloitte Singapore and Southeast Asia.

He added that the government may wish to consider extending the GST exemption to items such as children’s clothing, certain prescription medicines for the elderly, as well as basic foodstuffs including rice and vegetables. ”This, together with the permanent GST voucher scheme, would help to ease the financial impact on the lower income group,” he said.

Assuming that consumers in Singapore spend about S$4 billion online each year, another S$280 million to S$360 million could be added to tax revenue from GST should it be extended fully to e-commerce, said National University of Singapore (NUS) Business School Associate Professor of Accounting Simon Poh said.

Currently, buyers need to pay GST if they buy more than S$400 worth of goods online.

A 2016 report by Internet giant Google and Singapore state investment firm Temasek Holdings projected that within a decade, the size of Singapore’s e-commerce market will grow more than five times to US$5.4 billion (S$7.5 billion).

However, experts told TODAY that it could be difficult to estimate how much GST can be collected from e-commerce, as it would depend what would be subjected to the tax, for instance.

By increasing individual income tax by 1 to 3 percentage points for the top earners, the government could boost its coffers by up to S$100 million, Prof Poh estimated. This is based on the 2017 Year of Assessment, where IRAS collected almost S$10 billion from the top 20 per cent of income tax payers.

Prof Poh: “Given that our current personal income tax regime is still very competitive and with a generally higher acceptance of a more progressive tax structure by the general public, such a moderate increase should not dent our international competitiveness. To do that, maybe the rate increase can be calibrated to only affect the top 1 per cent of taxpayers who have the means to shoulder this additional burden.”

When it comes to wealth taxes, an increase in property tax for high-end properties could net an additional S$10 or S$20 million, based on the total property tax collection of about S$4.4 billion for the 2016/2017 financial year, said Prof Poh, who noted that a quarter of the FY2016/2017 property tax revenue came from private residential properties.

Prof Poh said his estimates are based on several assumptions such as the effect of the improved market sentiment and that half of the private residential properties that are assessd by the taxmen fall into the highest property tax brackets.

In 2008, the Government scrapped estate duty, or taxes collected on wealth left behind after an individual’s death. On the rationale behind the move, then-Finance Minister Tharman Shanmugaratnam said Singapore should remain an attractive place for wealth to be invested and built up, and he also noted that ordinary Singaporeans would want to pass on their assets to their families, among other reasons.

Experts had previously said bringing back the “death tax”, as estate duty is known colloquially, would do more harm than good. Nevertheless, should it be resurrected, it could bring in an estimated S$75 million a year — the average annual amount collected before it was scrapped.

Citing the global trend towards lower corporate tax rates, experts were unanimous in saying that Singapore should not raise its rate, which is among the lowest in the world at 17 per cent.

Last month, United States President Donald Trump signed the Republicans’ massive US$1.5 trillion tax overhaul into law. The tax package, the largest such overhaul since the 1980s, slashed the corporate rate from 35 per cent to 21 per cent and temporarily reduced the tax burden for most individuals as well.

Ms Liew Li Mei, Tax Partner at Deloitte Singapore, said: “With an already low headline corporate tax rate of 17 per cent, and an even lower effective tax rate for (multinational companies) after factoring in tax incentives, Singapore may not have much room for further reduction in its corporate income tax rate without rationalising our tax incentive regime.”

Citing the developments in the US, Mr Chris Woo, Tax Leader at PwC Singapore, pointed out that other countries such as the United Kingdom and Japan have also lowered corporate tax rates, and “some of our immediate neighbours have or are in the process lowering theirs”. “Such an environment of corporate tax rates coming down would surely be a disincentive for us in Singapore to do the opposite,” he said.

In fact, both PwC and Deloitte are proposing for Singapore’s rate to be slashed further.

Mr Woo added: “The approach of (the Singapore) Government’s tax policy has been to keep our tax regime competitive and make Singapore an attractive business hub to encourage new investments.”

Consumer confidence has returned and inflationary expectations are high. How will Singapore stand to benefit? Chief Executive Officer Jayaprakash Jagateesan comments in the Business Times