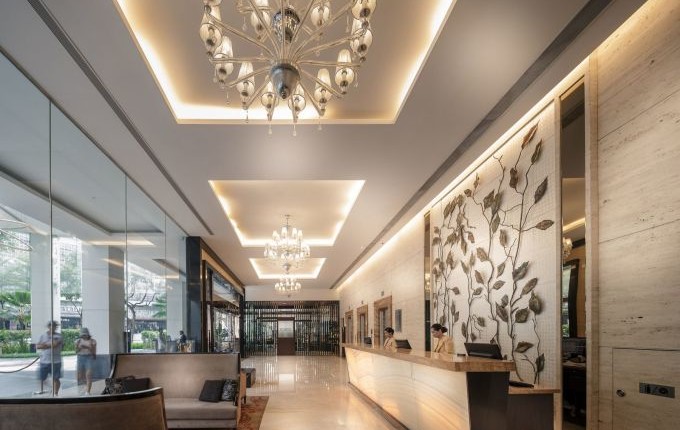 CAPITALAND will combine Ascott Residence Trust (Ascott Reit) and Ascendas Hospitality Trust (A-HTrust) to make the largest hospitality trust in the Asia-Pacific and the eighth biggest globally, with a total asset value of S$7.6 billion.

The combined entity will also be the seventh largest trust listed on the Singapore Exchange (SGX) by asset value, both Reits said in a bourse filing on Wednesday.

The merger creates an enlarged portfolio of 88 properties with more than 16,000 units in 39 cities and 15 countries across Asia-Pacific, Europe and the US.

It will also diversify Ascott Reit’s global portfolio and give it access to the cities of Brisbane and Seoul.

“With access to a larger capital base and a higher debt headroom of about S$1 billion, we will have greater financial flexibility to seek more accretive acquisitions and value enhancements,” said Bob Tan, Ascott Residence Trust Management Limited’s chairman.

“The combined entity can then be strategically positioned to potentially enjoy a positive re-rating of the unit price and gain a wider investor base, which would be beneficial to all our unitholders.”

The consideration for the proposed merger is about S$1.2 billion, comprising S$61.8 million in cash and 902.8 million new units of the new enlarged entity, Ascott Reit-BT.

The merger follows calls from activist fund Quarz Capital Management, a long-term shareholder of A-HTrust, to merge both entities.

Regarding the direct conflict in the two hospitality trusts’ overlapping mandates, CapitaLand group chief executive Lee Chee Koon had told shareholders in April that one of the ways to resolve it was through a merger.

It was owned by Temasek subsidiary Ascendas-Singbridge, which CapitaLand agreed to acquire in January. CapitaLand completed that acquisition on Monday.

CapitaLand owns about 45 per cent and 28 per cent of units in Ascott Reit and A-HTrust respectively.

Once the merger deal is completed, CapitaLand expects to have a 40.2 per cent stake in Ascott Reit-BT.

A-HTrust will delist following the merger.

The proposed deal will be distribution per unit (DPU) accretive on a historical pro forma basis for both Ascott Reit unitholders and A-HTrust stapled unitholders.

The proposed transaction is subject to approval of Ascott Reit unitholders and A-HTrust stapled unitholders at their respective extraordinary general meetings and scheme meetings expected to be held by this year, the companies said.

Citigroup Global Markets Singapore and Morgan Stanley Asia (Singapore) are financial advisers to the managers of Ascott Reit and A-HTrust respectively for the proposed deal.

Allen & Gledhill LLP and WongPartnership LLP are legal counsels to the managers of Ascott Reit and A-HTrust respectively.

Ascott Reit and A-HTrust both called for trading halts on Wednesday morning, and they requested to lift the halts half an hour before the SGX noon trading break.