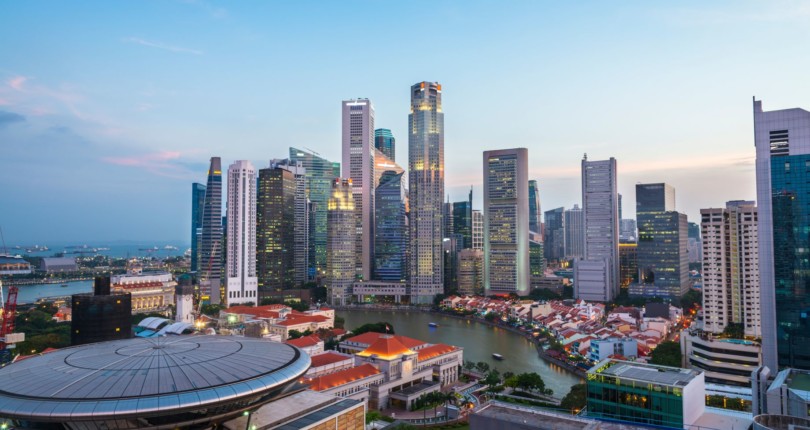 This article was first published on 7 July 2018.

PROPERTY stocks and financials took a hammering on Friday as news broke the night before of the government hiking additional buyer’s stamp duty (ABSD) and tightening mortgages.

As at Friday’s close, share prices swam in a sea of red, with research houses cutting ratings for stocks under their coverage. CapitaLand, the largest developer by market cap, ended the day nearly six per cent down to S$2.99, a level it last closed at on December 2016.

With sentiment for developers expected to weaken further, the analysts expect to see a knee jerk sell-off for most developers in the near term.

“Depending on the physical market environment, stock prices may weaken further and could fall by up to 15 per cent a month after,” the duo wrote.

RHB Research’s Vijay Natarajan said the timing of the move caught him and other market watchers by surprise. “We deem this set of demand-side measures as ‘very stringent’ and a pre-emptive one, which will have a negative effect on buying sentiment, as well as slowing down property demand and prices in the near term.”

Cushman & Wakefield’s senior director Christine Li said: “The timing of the additional cooling measures came as a surprise, as developers have just loaded up their landbanks over the last 18 months in anticipation of blockbuster sales in the second half of the year and beyond,” she said.

“Sledgehammer to kill a fly” was how OCBC Investment Research described the measures. The broker admitted the cooling measures were “not in our base case”, given that private residential prices only began to increase by less than 10 per cent since the price trough in the second quarter of 2017, while the smaller rate of quarter-on-quarter increase in Q2 2018 seemed to have diluted concerns about a tighter regulatory environment.

OCBC downgraded its Singapore residential sector rating from “overweight” to “neutral”, adding it will be reviewing recommendations of the developers under its coverage. Despite the surprise, JLL’s head of research and consultancy Tay Huey Ying noted the measures should end up achieving their intended objectives of cooling demand and moderating price growth, seeing as how nearly all classes of buyers have been affected.

“All said, we feel the additional measures have been introduced too hastily coming just after 9.1 per
cent growth in PPI over four quarters. The market should have been given a chance to find its own level in response to the expected surge in launches in coming months,” she said.

Patrick Lai, chief operating officer of RHT Wealth Holdings noted that buyers could “look beyond Singapore for new opportunities and portfolio growth in markets such as London and KL”.